Chester youngster raises over £1,000 for the NHS 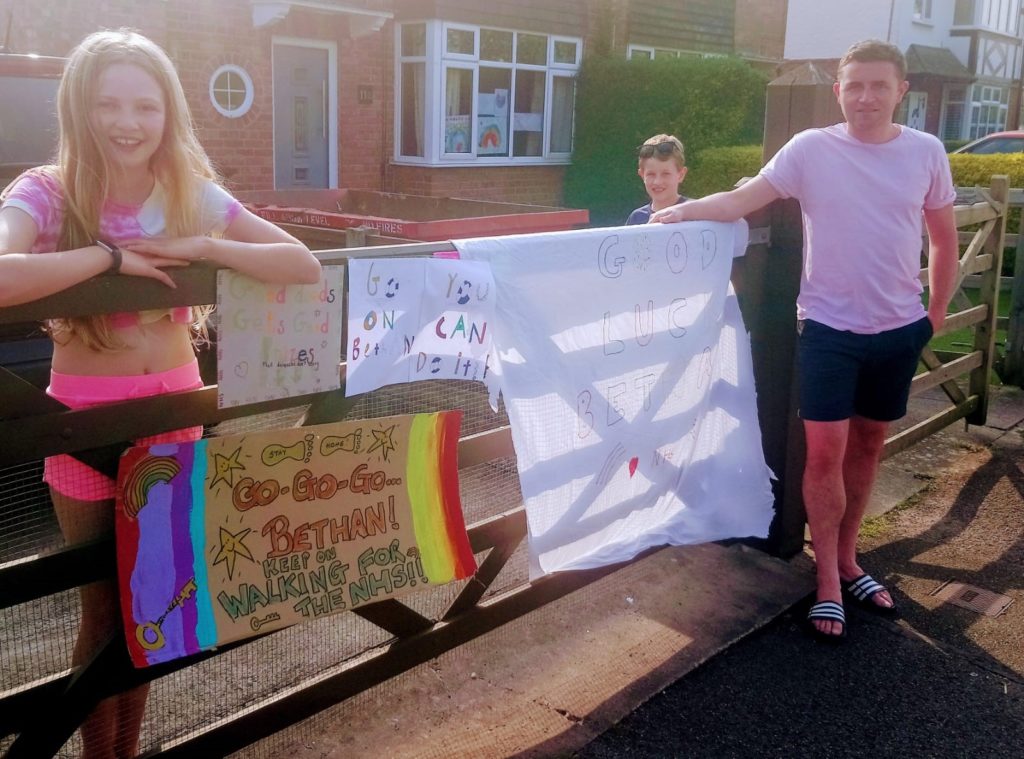 A Chester youngster has raised over £1,000 by walking 10 miles whilst in isolation.

Nine year-old Bethan Jones, from Newton raised £1,050 for the NHS by walking 250 laps around her garden.

“My aunties Clare, Sian and Lel all work for the NHS, they are working really hard so I wanted to help,” said the Mickle Trafford Village School pupil.

Bethan’s parents Jude and Bryn, helped Bethan publicise the event, with a video passed amongst friends and family, as well as posts on social media.

Bethan carried out her walk on Thursday (April 23), the same day as Clap for Hero’s, when she aimed to raise £100.

“On the day my friends and neighbours made posters which my mum put on the gate for passers-by to see” said Bethan.

“I felt tired but happy that I completed it.

“Lots of strangers cheered me on as they past which was nice.”

One of Bethan’s neighbours John Farrell, accounts senior at Ellis & Co Chartered Accountants and Business Advisers helped Bethan pass the £1,000 mark with a donation of £50 from the Chester based accountancy firm.

“It’s incredible what Bethan has achieved, she has raised an incredible amount for such a worthy cause,” said John.

“We were all cheering her on over the fence, including my sons Joseph and Archie, it was amazing to witness.

This is the first solo challenge Bethan has completed and admits she would happily do another, but it would be in the future.

“I think I have cleared out my friends and families money boxes!” she added.

The post Chester youngster raises over £1,000 for the NHS appeared first on Experience Chester.

We are using cookies to give you the best experience on our website. You can find out more about which cookies we are using or switch them off in settings.

This website uses cookies so that we can provide you with the best user experience possible. Cookie information is stored in your browser and performs functions such as recognising you when you return to our website and helping our team to understand which sections of the website you find most interesting and useful.

Strictly Necessary Cookie should be enabled at all times so that we can save your preferences for cookie settings.

If you disable this cookie, we will not be able to save your preferences. This means that every time you visit this website you will need to enable or disable cookies again.