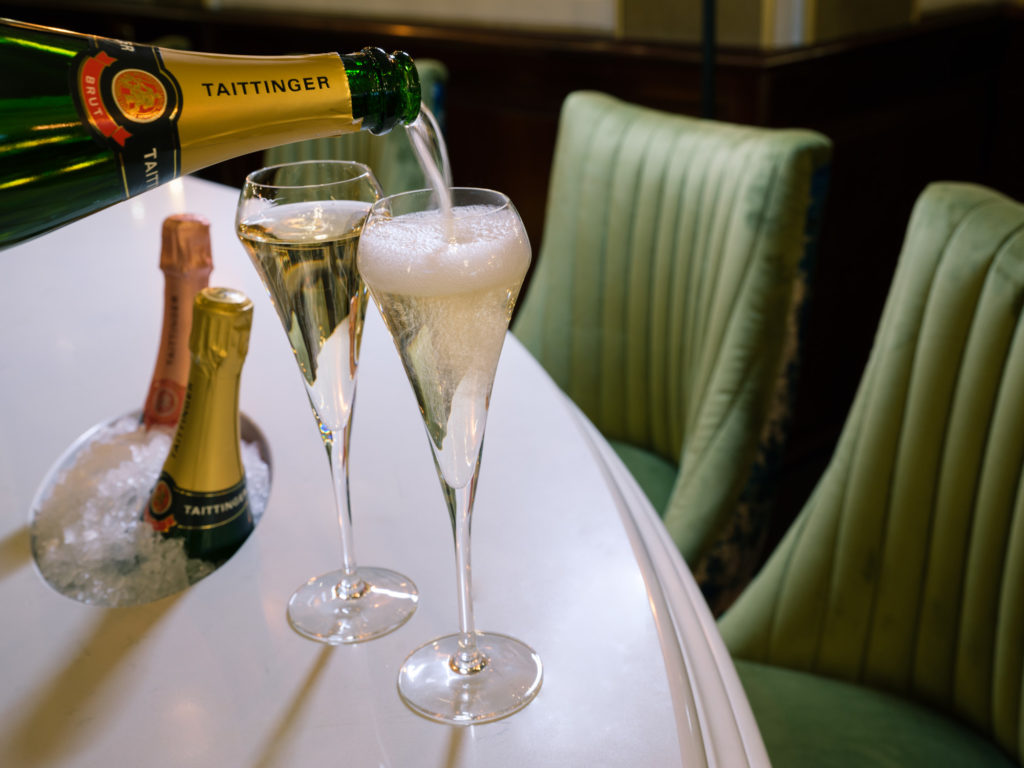 From 1st-20th August, the iconic five Red Star hotel will be hiding ‘golden tickets’ in popular city-centre stores. Lucky ticket-holders will win a complimentary glass of Champagne for two at the hotel’s newly refurbished La Brasserie and luxury Champagne bar.

To celebrate The Chester Grosvenor’s luxurious ‘new look’ La Brasserie and show-stopping Champagne bar, Chester shoppers will have the chance to indulge in a complimentary glass of Champagne for two, courtesy of the hotel. Golden tickets will be hidden in stores throughout the city-centre and those who find them will be able to end their shopping trip with a relaxed tipple in sumptuous surroundings.

General Manager of The Chester Grosvenor, Richard Grove, comments: “Since the re-launch of La Brasserie, we have been thrilled with its popularity and the Champagne bar has made it even more of a ‘destination’ point in the city centre. What better way to celebrate than treat the people of Chester to a glass of Champagne on us?”

Participating stores and venues include: Penhaligon’s, Hobbs, Space NK, Moss Bros, Gieves and Hawkes, Loake, Hugo Boss, LK Bennett, Storyhouse and the Hospice of the Good Shepherd. Golden ticket holders can redeem their free glass of Champagne when they present the ticket to the server on arrival.