The Nine Year Old Michelin-Starred Chef in the Making 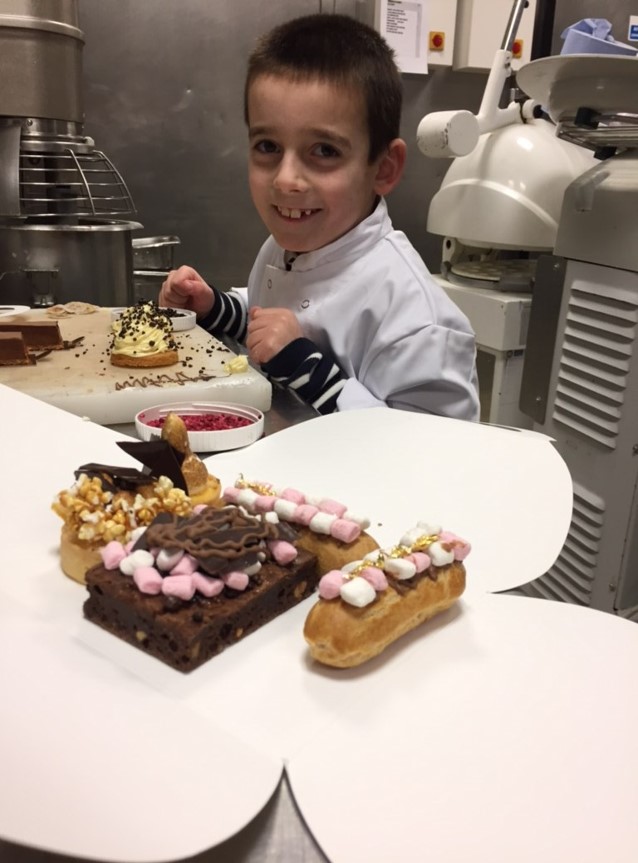 Nine-year old Oscar O’Gorman, a pupil at Overleigh St. Mary’s CE Primary School in Handbridge, wrote to Santa Claus before Christmas requesting a cooking experience at the Michelin-starred ‘Simon Radley at The Chester Grosvenor’. Thanks to a little magic, he was recently able to do just that.

Simon Radley, the Executive Chef behind the region’s most acclaimed restaurant, discovered a letter from Oscar’s brother, Adam, explaining his wish. It read:

My name is  Adam and I have a brother called Oscar and he likes cooking and preparing food with my mum at home. I went to The Chester Grosvenor hotel in summer with my brother Oscar and had a lovely time there. Oscar really liked eating lunch there. He wants to go to the hotel to learn how to cook lovely food. Oscar wrote to Santa Claus in Lapland, asking him for one cooking experience. I would kindly like to ask you to invite my brother to your kitchen please. It would make my brother very happy!

Simon replied to Adam and reassured him that Santa Claus had already been in touch with him and would make sure Oscar’s wish was granted. As promised, Oscar was recently invited to the iconic restaurant to have a masterclass with Simon Radley. From touring the kitchen and meeting the team, to decorating the award-winning cakes and pastries, Oscar received the best-class in training.

General Manager of The Chester Grosvenor, Richard Grove, comments: “It’s always wonderful to see children take an interest in what goes on behind the scenes at the hotel and our restaurants. We were delighted to welcome Oscar and provide him with an exclusive insight into the running of the famous Simon Radley kitchen. We were more than impressed with his pastry decoration skills – here’s to a Michelin-starred chef in the making!”

For more information about The Chester Grosvenor, visit: https://www.chestergrosvenor.com

The post The Nine Year Old Michelin-Starred Chef in the Making appeared first on Experience Chester.

We are using cookies to give you the best experience on our website. You can find out more about which cookies we are using or switch them off in settings.

This website uses cookies so that we can provide you with the best user experience possible. Cookie information is stored in your browser and performs functions such as recognising you when you return to our website and helping our team to understand which sections of the website you find most interesting and useful.

Strictly Necessary Cookie should be enabled at all times so that we can save your preferences for cookie settings.

If you disable this cookie, we will not be able to save your preferences. This means that every time you visit this website you will need to enable or disable cookies again.