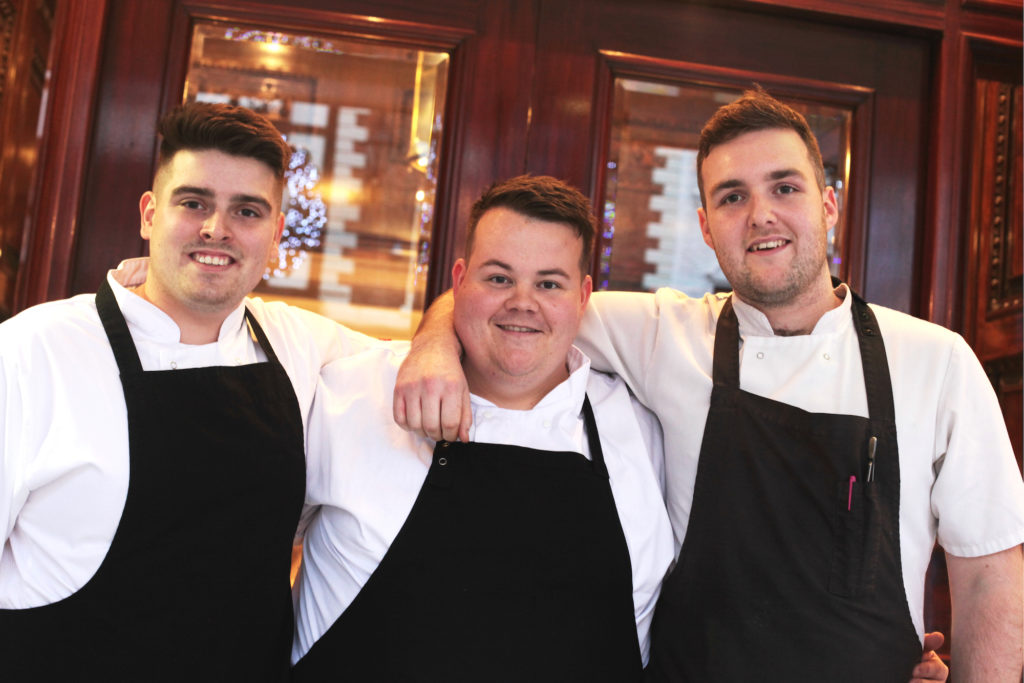 The Culinary Association of Wales (CAW) has announced its 2019 National Chef of Wales semi-finalists, with the judging set to take place on 14th January. This year, three Welsh Sous Chefs at the 5 AA Red Star hotel, The Chester Grosvenor, have been short-listed for the prestigious title.

Going head to head against 7 other finalists, they will each have three hours to cook a four-cover, three-course meal comprising of a vegetarian starter, main course using two different cuts of Welsh Beef and a dessert with chocolate as the main ingredient.

General Manager of The Chester Grosvenor, Richard Grove, comments: “It is fantastic that three of our exceptional chefs from each area of the business have reached this stage of the competition. It’s a testament to Sam, Matt and Arron’s calibre and provides them with the perfect platform to showcase their skills. We wish them the very best of luck”.

The finals will take place on 28th February at the Welsh International Culinary Championships (WICC), with the winners to receive a study tour to the Netherlands with Koppert Cress. For more information about The Chester Grosvenor, visit: https://www.chestergrosvenor.com/.