Top Tips for going Vegan in Chester this January 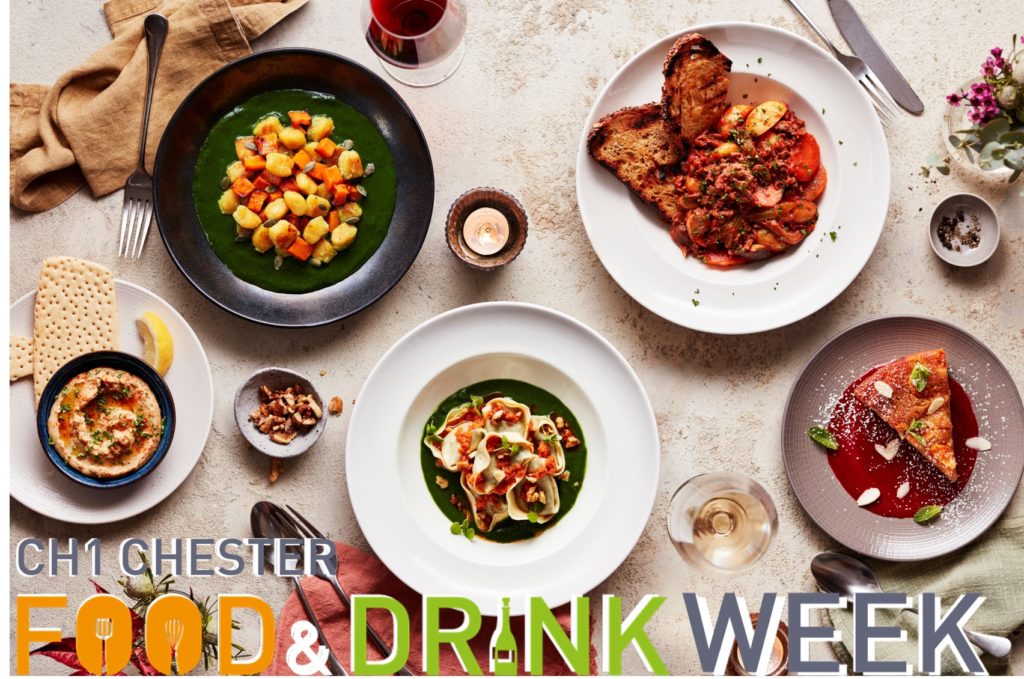 If one of your New Year’s resolutions was to eat less meat in 2020, then you won’t be alone. According to the Vegan Society, in just five years time, a quarter of the population will be vegans or vegetarians and many more of us will be ‘flexitarian’, eating a more varied and interesting diet.

A great time to start experimenting with plants, herbs and vegetables is during Veganuary, when people sign up to eat vegan for the month of January. And if you are looking for inspiration for what to cook at home, what better place to taste test than one of the tempting menus on offer during the CH1 Chester Food & Drink Week.

The team at the award winning Chef’s Table, in Music Hall Passage, have created their menu around their Malpas kitchen garden ‘Veg and Petals’ and you can taste celeriac, cider and onion soup with crispy onions apple salsa followed by delicious falafel burger with harissa ketchup and triple cooked chips. If there’s room why not treat yourself to a chocolate and coconut brownie or roasted lavender peach.

Other tempting offers include a vegan hanging kebab at The Botanist in Godstall Lane, vegan meatballs at Bella Italia on Eastgate Street, chilli ‘non’ carne tacos at All Bar One on Pepper Street or vegan focaccia, pizza and more at Urbano32 on Bridge Street.

The Veganuary menu at Carluccio’s on Bridge Street honours founder Antonio Carluccio’s love of the humble vegetable and his philosophy of MOF MOF – minimum of fuss, maximum of flavour.

If afternoon tea is more your thing, the team at Café Rouge have created a vegan afternoon tea with baguettes, scones and ‘plantisseries’.

Climate change has happened very quickly and simple changes to our diet can happen just as fast. If every family in the UK removed the meat from just one meal a week, it would have the same environmental impact as taking 16 million cars off the road. Small steps but perfect 2020 vision.

The post Top Tips for going Vegan in Chester this January appeared first on Experience Chester.